What if the physical world had questions? 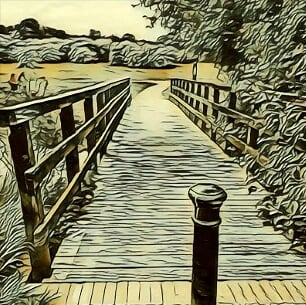 What if the physical world had questions? What if electrons and protons, and all the subatomic particles were able to ask questions about themselves and their existence. That would be a pretty scary thing.

What if a bunch of electrons all stopped in their tracks to contemplate whether there was any point in orbiting the nucleus. Or a proton dropped its charge because it thought it had been assigned the wrong charge at birth. That would be a pretty scary thing.

It would be a pretty scary thing if all the gravitons decided to take a rest because they were pondering why out of all the subatomic particles they had to do all the heavy lifting. Whoops there goes gravity!

Yet humans are quite happy with questions. We ask questions such as “why does the world exist”, “is there anything outside of the universe”, “what happened before the big bang”, “is there a God”. We seem to be quite comfortable stopping in our tracks, sitting down for a time with a group of colleagues, and discussing these questions. Seemingly until there is no end.

Questions are really a manifestation of the linear propositional system we know as language. Language is able to ‘predicate’ thoughts and ideas and any though and idea can easily be turned into a question simply by reversing the subject and verb or introducing do-support.

Questions can be formed by inverting the subject and verb. So a statement such as ‘the world is round’ can be turned into a question ‘is the world round’ simply by swapping verb and subject. Or the statement ‘you have a light’ can become a question ‘do you have alight?’ by introducing the ‘do’ verb.

Science is built around questions – hunches, hypotheses, theories. These are then taken and tested and provisional answers given although these answers never quite satisfy everyone. It seems as if science is one continual question without a definite answer.

But what if language is non-representational. What if language, rather than representing the world “out there”, is actually just representing our own mind? What if our mind was just language? Then our questions are not really about the physical world, they are really just about us. Us, our mind, our language.