Slips of the Tongue 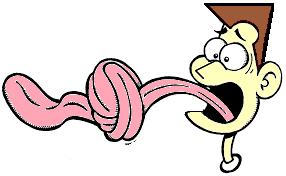 Some slips of the tongue (speech errors) for analysis. Latest ones on top.

You always know when you have a name like the ‘Brent Spense Bridge’ that someone is going to trip up on its name some day but you don’t expect them to do it in such a sublime way as Paul Begala did on Cuomo Prime Time on CNN:

The participants did well to keep a straight face and Begala hardly flinched as he corrected the slip.

It must be difficult having a name like ‘Eustice’. It is so close to being ‘useless’ and when it is early in the morning then not everyone is going to get it right.

Here’s a nice pair of slips that are almost mirror images of each other. One occurred at the start of an interview on Radio 4 and the other at the end about five minutes later.

Here is an example of a slip of the tongue which is corrected by another person in the discourse. We normally correct our own slips, but in this case, Dianne Abbott’s slip in line 02 was corrected by the host of the show, Chris Mason (CM), in line 04. There is then some ensuing laughter and a comment from Mason on the slip.

An interesting slip of the tongue by Andrew Marr on his Sunday show in line 05 below. Marr meant to say ‘portrayal’ but actually said ‘betrayal’. He had just finished interviewing the Prime Minister, Boris Johnson, in which they had discussed the use of language in politics. ‘Betrayal’ was one of the words they had discussed (but 20 minutes earlier) and it seems like this word was primed in memory and ready to interfere when Marr moved to the next item. Marr didn’t try to correct this mistake which is unusual since most speakers do hesitate and repair. ‘Betrayal’ and ‘portrayal’ are phonologically similar which might also account for the slip.

Speech error is in line 06:

The slip occurs in line 04 when Wark starts to utter the word ‘Instagram’ instead of ‘Amsterdam’. Wark recognises her error in 05 and corrects it in 06.

This is classified as a word substitution speech error but there are interesting phonological similarities between the word which suggest why the slip might have been made. In IPA the two words can be written thus:

Both have three syllables with the stress on the first syllable. The middle syllable is the same and the final syllables rhyme.

The slip occurs in line 04 ‘Tump’ when the target was ‘Trump’. This is repaired in line 05 before the news reader moves on.

slips of the tongue