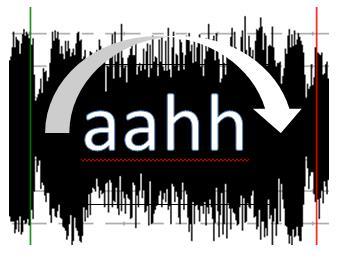 In a previous post I have argued that the house is a multi-faceted chamber with comments and background noise from members of the chamber combining with the current speaker to create a multi-modal discourse act. This is particularly important during Prime Minister’s questions (PMQs) when the performance of those taking part, particularly the Prime Minister and the Leader of the Opposition, can be just as significant as what they say. Support from members of the chamber at this time can often indicate how well the current speaker is perceived to be doing.

One interesting type of noise that is sometimes heard from the chamber during this time is what I term the revealing ‘ah’. This is an expression by one or several members of the house, usually in support of the current speaker, which suggests that what has just been said in some way reveals something surprising about the leader, or the party, on the other side of the house. This surprise is completely false however and aims to ‘mock’ the target of the revelation. Here’s Harriet Harman (HH) getting support from her own MPs with revealing ‘ahs’ as she pokes fun at David Cameron.

Cameron made good use of this with his party when confronting Ed Miliband.

The revealing ‘ah’ can be said by one speaker but it normally ‘sung’ in unison by a number of speakers. It can vary in length but is normally 1 to 2 seconds. The intonation pattern is invariably rise-fall which is a complex intonation pattern in English signalling something surprising but final. In other words, ‘the information is revealing but not unexpected’.

When uttering the ‘ah’ the MP may also include a rise and fall of the head (gesture) to reinforce the rise and fall in intonation. See the MP to the left of Cameron (Andrew Lansley) in the ‘External link to clip’ above for an example of this.

Revealing ‘ahs’ can sometimes come before the information is actually stated by the current speaker indicating that the members shouting out the ‘ah’ have either anticipated the release of information or have been fore-warned about it. This anticipation demonstrates further that the revealing ‘ah’ is not genuine and is designed to mock the opponent.

In the example below, the revealing ‘ah’ is uttered before the revelation is made by the Prime Minister (PM).