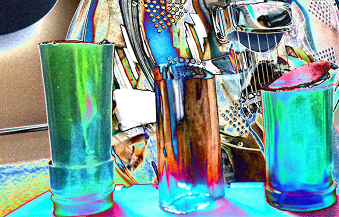 Difference Between Pitch and Tone

The difference between pitch and tone is very small and not easy to understand. Don’t worry if you still don’t understand after reading this – it will take some time before you do. Pitch is proportional to the fundamental frequency (F0) of a sound. However, pitch refers to how the human mind perceives (hears) the sound whereas frequency is an objective measurement that we can make with an instrument. The human auditory system is actually very sensitive to changes in pitch and pitch is one of the prime factors in creating perceived stress.

Tone is almost synonymous with pitch and many authors interchange the two freely. Tone takes on a functional characteristic in a language and we can talk of high tone, mid tone and low tone, falling and rising and tonal contours. We might say that pitch is closer to an objective measurement of the fundamental frequency even though it is a subjective
measurement.

English is a non-tonal language (unlike Chinese and some African languages). This means
that English does not use tone to distinguish lexical meaning. For example, I can say horse with a rising or falling tone but it still means “horse”. However, this does not mean tone is not important in English. Tone can be used to signal grammatical or attitudinal information.

English can be thought to have three basic tonal patterns: fall, rise and level. We can add two more complex patterns: fall-rise and rise-fall. There are other patterns but these five serve the basis for most situations.

The fall pattern is usually considered the most neutral e.g.: \no, \yes etc. Answers like these to questions would normally signal ‘finality’. The rise pattern sometimes suggests that something else may be expected to follow and the topic has yet to be closed:

The level tone is usually associated with boredom or disinterest:

Fall-rise and rise-fall are usually a little more complex. Fall-rise often signals doubt,
reservations or hesitation in a person’s answer:

Rise-fall patterns can convey a strong feeling of approval or disapproval.

These show the most basic use of tonal patterns in English but it should be noted there are other uses. Also, the tonal patterns are not just restricted to answers.

In A, there are two tone units separated by the || symbol, each with a syllable with falling tone and stress. In B there is only one tone unit. A contains a non-restrictive relative clause and B a restrictive. A means there is only one manager and he deals with complaints. B means there are several managers with different jobs and you need to contact the one who deals with complaints.