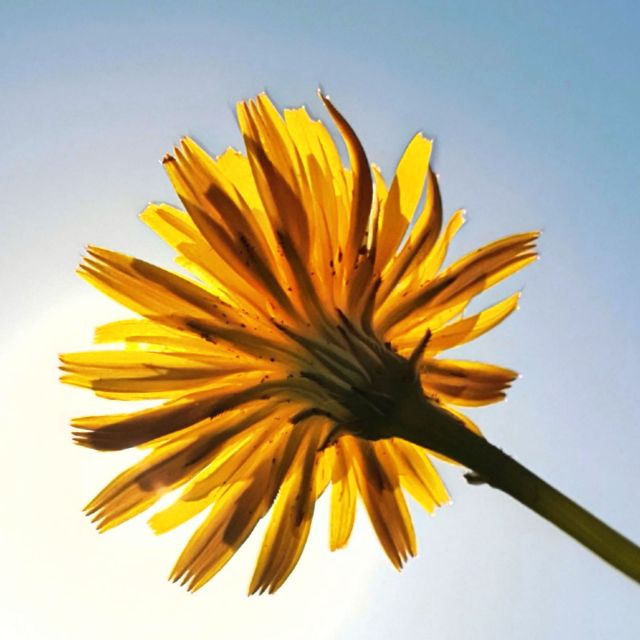 I have outlined NLI in a tripartite post series here part 1, part 2, part 3 – but there is one further post that is required in order to complete our understanding of the philosophical position.

NLI (Nonrepresentational Linguistic Idealism) is the position that the mind is the centre of reality for humans and language is at the centre of the mind. Language is the mind and is nonrepresentational. It does not represent the physical world but creates a world in itself. We experience our existence in a poly-dimensional universe that is spatial, temporal and linguistic where each dimension expresses itself, so to speak, in the only way that it can. The spatial expresses itself through bottom-up, distributed matter, the temporal through time and the linguistic through top-down, propositional language.

There is however a paradox in what is written above in that I am attempting to describe the universe (in particular the physical and temporal dimensions) through language and I have already said that language cannot be used to represent these domains. This is the principle of nonrepresentationalism: the principle that one dimension cannot be utilised to approximate to, or represent, another. Thus while we like to think that we can talk about the physical world through language, we in fact commit a representational fallacy every time we try to do so.

So that I can build the argument for why this is the case, consider the follow argument. Imagine a man has been charged with a crime. The judge demands to see the suspect in court. A representative, such as his lawyer or brother, will not do. The judge wants to see the suspect in person. Similarly during the trial the suspect needs to be present to answer questions in person. Simply submitting written answers is no substitute.

Why does a judge in a court of law insist on bringing the suspect into court to hear the trial? Why not just accept a representative? It is because our system of justice demands that the person in question answers to the charges directly. Something so profound is happening through the trial process that the person charged with the crime, and only that person, needs to be present. And any subsequent sentence and punishment needs to be heard and served by the criminal. A lawyer cannot simply accept the judgment on his behalf and neither can a family member serve time in prison for him.

Step (a) to (b) I term the judicial step because it is the argument a judge uses to demand that a suspect, and no other, appears in court. We often fail to recognise, however, that there is a return step from (c) to (d) which I call the metaphysical step. In this step, we must assume that if language is not actually the physical world then it is not a representation of it. When using language we mostly assume the judicial step but fail to see the metaphysical fallacy. This is the linguistic paradox: we desire to talk about the physical world but language is not a means for representing the physical world.

From an NLI perspective, the answer would be to say that all we have presented from [1] above is language (do you see how I placed the number surreptitiously into the text?). There are no trees, forest or sound, only words and sentences. The question exists only in the linguistic domain, and not the physical.

[2] But you might then argue that we could conceivably meet up one day and travel to a forest to find a tree that is just about to fall. We could then retreat to a suitable distance, wait for the tree to fall and return to consider the question of whether the tree made a sound or not. In other words, we could set up an actual experiment in the physical domain to determine whether the question is true or not.

As you can probably see, we could go on debating whether language represents the world for ever and each time you argue something at [3] and [4] and so on, I would be able to claim that it is merely language. It seems then that language is just a way to entertain thought experiments. Everything that has ever been thought, written or said, and everything that ever will be thought, written or said is in fact just a thought experiment in our minds. We seem to be no closer to the physical world than when we first started speaking.

[3] Let me give you one more example. Schrödinger’s cat is a thought experiment which relies on the indeterminate nature of the quantum world. In this paradox, a cat is in a room.  A flask of poisonous gas in a canister is poised to be released and kill the cat if and when a single atom decays. However since quantum mechanics, under one interpretation, says that the atom can be decayed and not decayed at the same time, the result seems to be that the cat is both dead and alive at the same time. It is only till we look in the room to see whether the cat is either dead or alive that the paradox is resolved.

NLI has an answer to this paradox. It says that Schrödinger’s cat is a thought experiment in the linguistic domain only. The physical world has no problem with quantum superposition and ambiguity. It gets on by itself doing what it does best – which is to be physical. It does not need language to make it work. The paradox, if there is one, is purely in the language that has been used at [3] to create it. All we have at [3] is more language, not the physical world. There are no cats, atoms, poison or anything physical at [3].

Now, there may be some utility in making claims in language about the physical world. It might be useful for example for scientists at CERN to know that an ‘atom consists of electrons orbiting a nucleus’. In making such a statement, they bypass the metaphysical step as we all do when using language on a day-to-day basis.

But NLI is not interested in the utility of language.  It is a philosophical position that seeks to understand what actually is. It desires to understand what are the tracks of the mind, here and now, and what are the relations between these tracks. It makes no claims as to whether language is useful for the human condition or not. The ‘tracks’ that I am talking about are the physical, the temporal, and the linguistic dimension – the three fundamental dimension that make up our existence and our experience of life.